Geheminis is my first exhibition designed to be a traveling show. It will show several places during 2020-2021.
The exhibit was originally scheduled to show in Kansas City and Minneapolis in summer 2020, but the exhibit was postponed due to the COVID-19 pandemic.

*Kelly will be in attendance at all starred dates.

The Geheimnis soft-cover book contains all of the artwork, essays, and behind-the-scenes photos from this body of work. They are 6"x9" and 97 pages. Each book is signed by the artist.
ORDER BOOK HERE

Their death was a birth to them into another life, into the glory of God; It ended one Circle, and created another; for immortality, and eternity is a Circle too; not a Circle where two points meet, but a Circle made at once; This life is a Circle, made with a Compass, that passes from point to point; That life is a Circle stamped with a print, an endless, and perfect Circle, as soon as it begins. Of this Circle, the Mathematician is our great and good God; The other Circle we make up ourselves; we bring the Cradle, and Grave together by a course of nature.

John Donne, Sermon XXVII, 1619
My search for these paintings began in the spring of 2018 as I started to study the book of Ecclesiastes and its central word, הֶבֶל (hevel). In his lectures on Biblical wisdom literature, Father Joseph Koterski describes hevel as one of the few Hebrew terms that is decidedly abstract—he says that in the language concrete words are typically used to express abstractions. Because of this, the word bears explanation beyond its translation into English. Hevel literally means vapor, smoke, or breath, implying that it is a physical thing you can’t grasp. There is so much about life that is hevel: we can glimpse it for a moment, but it isn’t concrete. And it’s not just the world that is this way; there is so much about our very nature that is hevel.

Another foundational word for this body of work is the word Geheimnis [guh-heim-niss], which is German for secret. My first body of work was based on the Romantic choral and orchestral work by Johannes Brahms, Ein Deutsches Requiem. A Requiem mass is a traditional mass for the dead, but the Brahms Requiem is meant to wrestle with transience and hope. The climax of the work comes with a setting of 1 Corinthians 15:51--Siehe, ich sage euch ein Geheimnis--Behold, I show you a mystery. Can language or music fully portray the mystery of the Resurrection of the Dead? Maybe not, but that didn’t stop Paul from God-breathing a promise through the limits of language, and it didn’t stop Brahms from trying to capture a sliver of the mystery through twelve notes. I show you a secret thing, they invite—Paul’s words, Brahms’s music, and the spirit of God--I’ll show you a sliver of a thing that no man can fully see.

My goal with this work is the same. I want to invite you to come closer, with me, to consider the unseen. Together, we can carve out a space to contemplate human creaturehood and the God who holds it all in his hand. This exhibit, admittedly, is a firehose of ideas. There is too much to take in in one sitting. Every work in this exhibit felt impossible from the outset. How could I possibly capture the essence of any of these things? I think it is telling that the central word of Ecclesiastes, hevel, is an abstract word for a kind of enigma. The word occurs 38 times in the book, which accounts for more than half of its usage in the Old Testament. Every time I encountered it in my study, I was reminded that I had to be comfortable knowing I wouldn’t come close to grasping the meaning of all of it, let alone portraying it on canvas.
​
As I made this work, I tried to keep these things in mind: God is unseeable, and yet, he invites us to look for him. God is incomprehensible, and yet he invites us to know him. The human soul is immortal, and yet every human being is subject to death. The phrase under the sun (or something like it) occurs 30 times in Ecclesiastes, and it refers to life in a world that is not as it is supposed to be. Life is filled with beauty, pleasure, and meaning, but all of it eventually comes to an end under the sun. This is a sobering thought, and something upon which I tried to keep my eyes fixed as I created this work.
​ 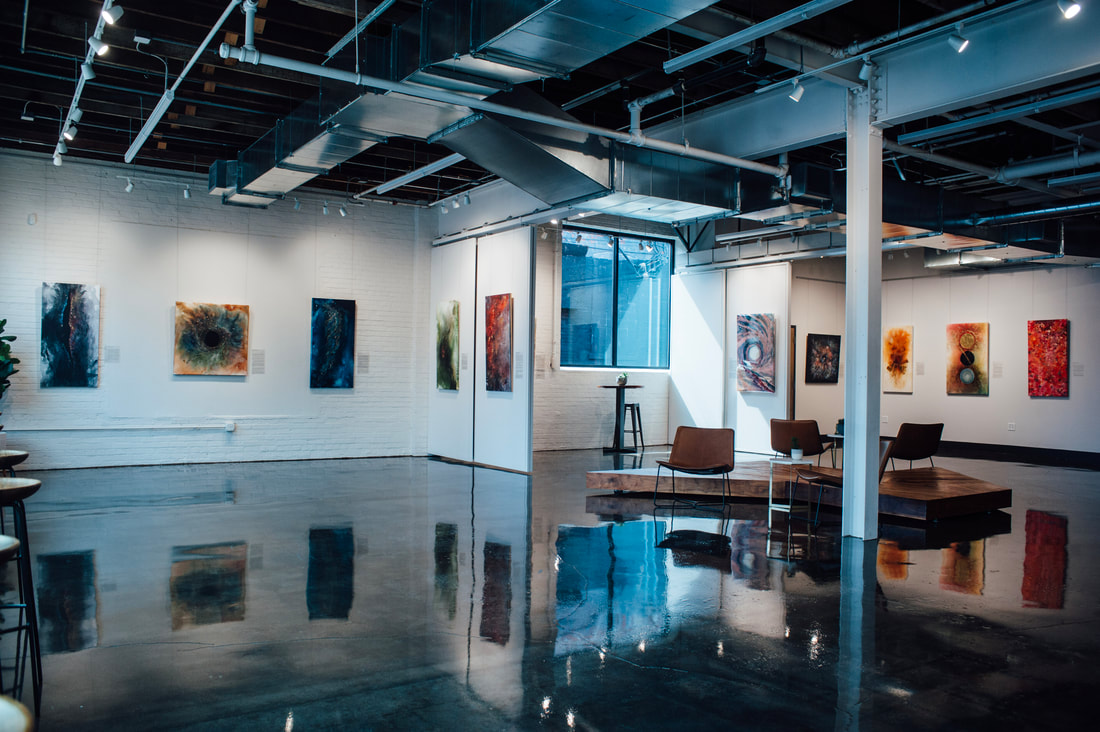 BEHIND THE SCENES GALLERY